If you are looking for a free radio broadcasting software, PlayIt Live is one of the best alternatives to try. It’s not entirely free, because of the paid plugins and modules.

The plugins include Audio Processing, Remote Start (which allows you to use a hardware device), Now Playing plugin (for sending the metadata of a playing song to a text file) and the Microphone Mix/Push To Talk plugin.

In addition to the PlayIt Live software module, you might need its extra modules such as the PlayIt Manager, PlayIt Cartwall, PlayIt VoiceTrack, and PlayIt Recorder.

Was it easy to install?

Yeah, it was easy to install.

And we found some nice features in the PlayIt Live playout system:

PlayIt Live excels with a clean, understandable, and easy to use interface. You can drag-and-drop music files directly from the File Explorer into the Playout Log. Mind you; it supports audio and video files (WAV, MP3, WMA & MP4).

You also get three players, which makes it convenient if you’re providing background music to a voice track. You will also see all the tracks in your database on your left.

At the bottom panel, you get the QuickCarts where you can drop your effects and jingles. You can allocate different colors to each cart or edit how your audio items will play. You can also add multiple quick cart pages. 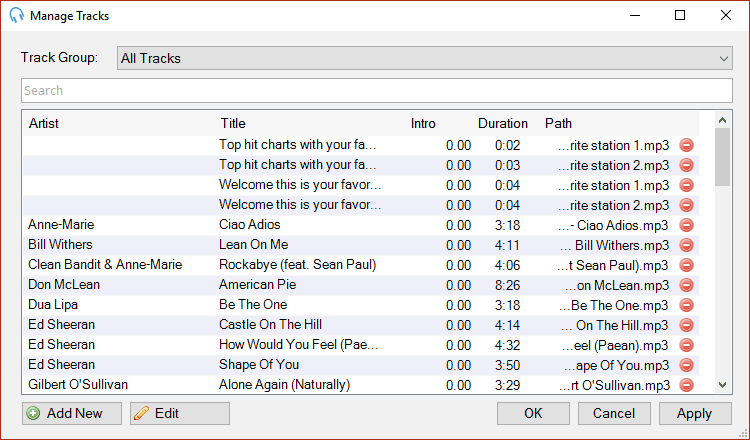 Adding tracks and grouping them will be an effortless chore in PlayIt Live. The Track Manager not only allows you to add files, but it automatically analyzes silence in tracks to set appropriate cue in and out points.

You create rotations by defining a Playout Pattern. To use this feature, you must have saved your audio items in groups. For example: 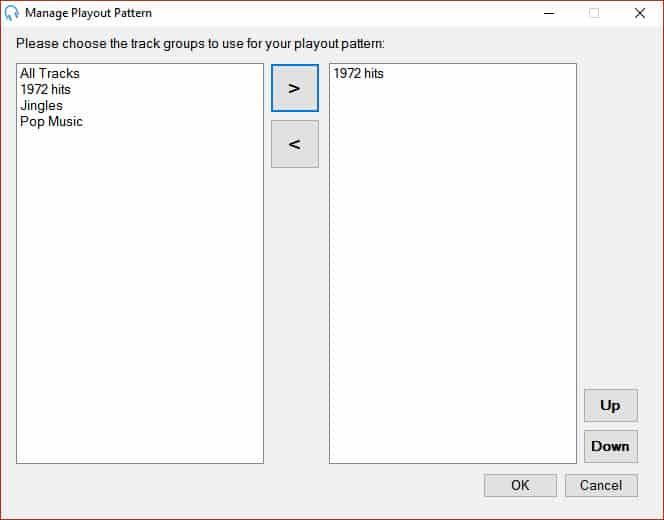 Here, you can see some of the groups we defined when importing music. After creating the playout pattern, we set the repetition rules in the Playout Policies window.

The one limitation of creating rotations is that you can’t create and save different profiles.

The segue editor has been deemed fantastic by other users, and in actuality, it was a breeze to use.

You can access it by pressing the pencil icon next to each track in the Playout Log. This opens the editor, which allows you to move the tracks’ waveform and edit the fade points for a precise cross-fade.

There are two ways to schedule in PlayIt Live. You can use the Playout Log, which is similar to adding items in a playlist.

Some of the items you can add in the Playout Log include break notes (a duration of silence with notes), fixed time marker (which helps keep time), tracks, track groups (to pick random songs from groups and play them as per the playout policies), aux input, and remote URLs.

Secondly, you can create hour-templates called clocks. For instance….

Here, we have created an hour template. 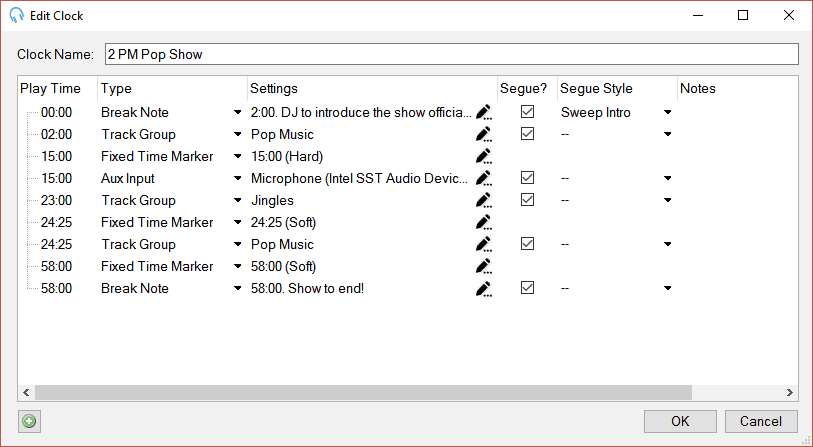 Next, we’ve scheduled it as a recurring event: 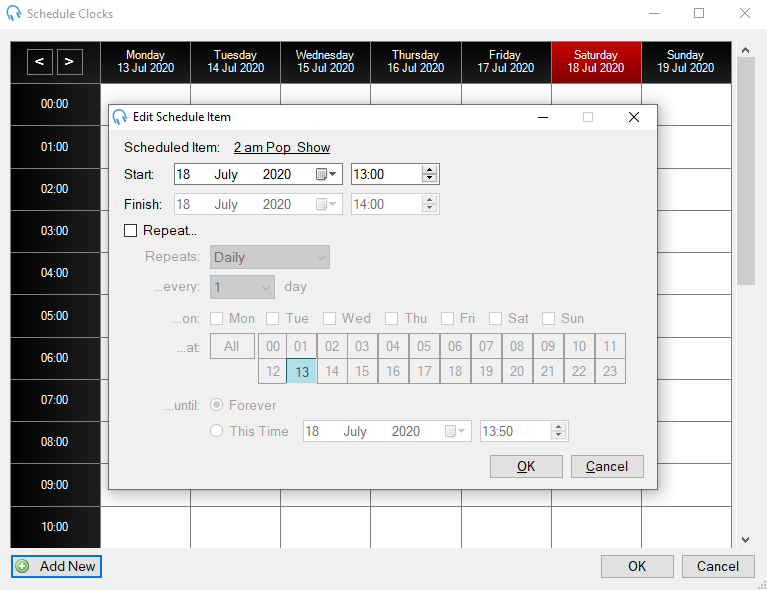 You get a built-in encoder that supports multiple streams. But, it can only stream in the Mp3 codec.

The plugins are priced competitively at just $15. Here is the deal:

You don’t have to pay for all the extra modules except – the PlayIt Manager and the PlayIt Voice Track, which are priced at $15 per month or $150 per year. Or you can pay a one-time fee of $375 for each program.

You can download PlayIt Live from the link below…

AIOCRACK HEART OF ALL IN ONE CRACK SOFTWARE